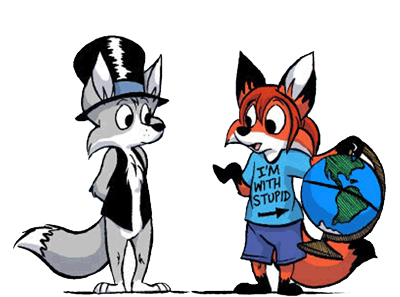 New to the forum? Going on vacation? Tell us about it.

I know we discussed it already, but enjoy that!

My DA account, for those who care enough to look/click/etc.
And my FA account as well!
Top

Take a quick tour of the Harvard and MIT campuses, they're fairly decent. That's about all I can say about Boston, heh.
If at first you don't succeed, then skydiving is not for you.

Take the 36 bus from Forest Hills to Charles River Loop and you'll be within walking distance of my house. That's the only clue you get though! Ha! Ha!
Come dream with me tonight...
Top

She is also rather paranoid about theft and such and despite the fact that I'm turning 19 this year she still keeps me close by. Luckily I'm able to stay in the lobby this time. We were also offered a FREE room on the 34th floor of the hotel (due to my grandparents going to these hotels often, like a frequent flier miles kind of thing) but due to a fire alarm that went off in the Merriott when they were last here (she was glad they picked a room on the seventh floor) we instead got a room on the 16th which at least still has a very beautiful view of the library and the Charles River.

As for where I'm staying, I'm at the Westin on Copley Plaza. Trinity Church and the Boston Public Library are right across the street from it. Unfortunately due to time contraints ( as I explained) I was only able to be in the library for twenty minutes, I found it absolutely beautiful especially the courtyard and the murual of Jesus on the upper floor. I hope to return to Boston again but perhaps on my own, and stay for a week, I don't think staying for any shorter amount of time will give the same impact.

We went on a Duck Tour today and I enjoyed it and so did everyone else, as I said walking around the city (which is my preferred way of experiencing things, I don't like planned outings really) is out of the question. And overall I'm having a great time. Theres a delicious looking sushi place at the Westin but due to this being our last day we won't get a chance (and my grandmother doesn 't like that kind of food, but they do have tempura and other kinds of similar dishes as well, its a sushi bar after all).

Tonight I'm eating dinner at the Atlantic Fish Company (NOT the chain with the similar name, although I could be screwing up the name). Friday night we ate at the Wagamama (it was convenient and looked good, I had never been to one) near the Fenrell (?) Hall outdoor market. I thought the food was rather good. And last night (I didn't pick the place, the food was OK though but not as good as Wagamama) I ate at the California Pizza Something-or-other.

Wow this was long.... How do you guys like the paragraphs this time

?
Equestria Daily is Brony (And so can you!)

You should've commited a crime and asked for Denny Crane for your defense.

My Deviant Art page, home of my epic biography of Captain Lucius Locke, The Pirate's Tale.
Now including artwork!

You should've commited a crime and asked for Denny Crane for your defense.

OK. pants it. I lied. It's drum and bass. What you gonna do?
Top

Well I'm back... It was fun while it lasted and that restraunt was the Atlantic Fish Company, I was thinking of the Legal Sea Company.
Equestria Daily is Brony (And so can you!)

Well I'm back... It was fun while it lasted and that restraunt was the Atlantic Fish Company, I was thinking of the Legal Sea Company.

I always get a kick out of the "Legal Sea Foods" signs in bright, bold neon styled lights in the DC area. Makes me want to find a fish speakeasy!

Ugg boots are to fashion as Christina Aguilera is to wholesome morality.

Please die. No, really, I want you to die in real life. While your family is forced to watch.
Come dream with me tonight...
Top

Users browsing this forum: No registered users and 6 guests